General Santos (or GenSan for short) is always being linked to Manny Paquiao, our country’s pride and a world renown boxer. This is because GenSan is where he was born and hometown.

But Pacman is not only one who takes the spotlight, this province is also known for being the tuna capital of the Philippines.

Must Read: SoCCSKSarGen Barkada Thrills for Only Php 7,000

From Manila, the nearest jump off point is at General Santos. From there, other provinces are at least 1.5 hours away.

We hired a local tour driver/guide to tour us around the SoCCSKSarGen region, transportation included.

We touched down on this province twice as we landed as well as have to exit from General Santos.

It’s not that there’s not much to visit in its vicinity but we wanted to explore more from its outskirts. We made GenSan our gateway to get to other nearby provinces.

Visit Pacman and Mommy D’s mansions
Home of the famous boxing legend Manny Pacquiao, you would like to take a peek on where he stays.

The Pacman ‘mansion’ looks minimalist on the outside but the compound has its own basketball court and a separate receiving hall.

Mommy D’s house is not that far from Manny’s. It is situated in a simple subdivision. We would at least like to see her but the guard told us that Mommy D had left earlier in the day.

Too bad, we didn’t see any of the them. We also dropped by Pacman’s Wildcard Gym. It is located at the 3rd floor of his building across SM GenSan. Just in case the usisero side of you strikes. 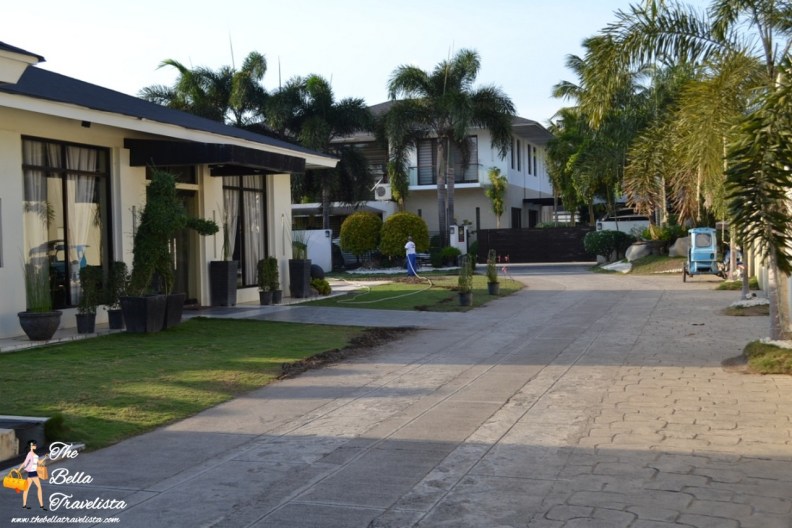 Nature trip at Sarangani Highlands
Don’t let the name fool you. This resort is located in GenSan and not in Sarangani. I heard that the owners are from Sarangani so they named it after their hometown.

Surrounded by luscious landscape and well-maintained gardens, this can be a haven for selfie addicts. Walang pangit na angle, I swear!

Highlands also has the most gorgeous view of Sarangani Bay and not to mention, the rooms are nice. Too nice actually. Visit them and see for yourself.

We stayed overnight in Sarangani Highlands to which room for 4 people starts at 2,450/night.

Balbakua & Chicharon Bulaklak – Gamay Eatery and Aweng’s Balbakuahan are the famous hole-in-the-wall venues and these are must places to dine when in GenSan. A serving of balbakua costs P25-30.

• Brace yourself as GenSan could really get too hot during the summer months.

• A food trip will not be complete unless you go to the infamous Tiongson Arcade in GenSan. It is a stretch of food stalls which offers dishes ala dampa style. We tried Barko sa Lagao.

• What is GenSan without tuna? My sister and my bf have ‘hoarded’ tuna before we went home because it was that cheap in GenSan.

Special shout out to the people who helped us make this trip possible. In behalf of my travel crew, maraming salamat po. Sa uulitin.